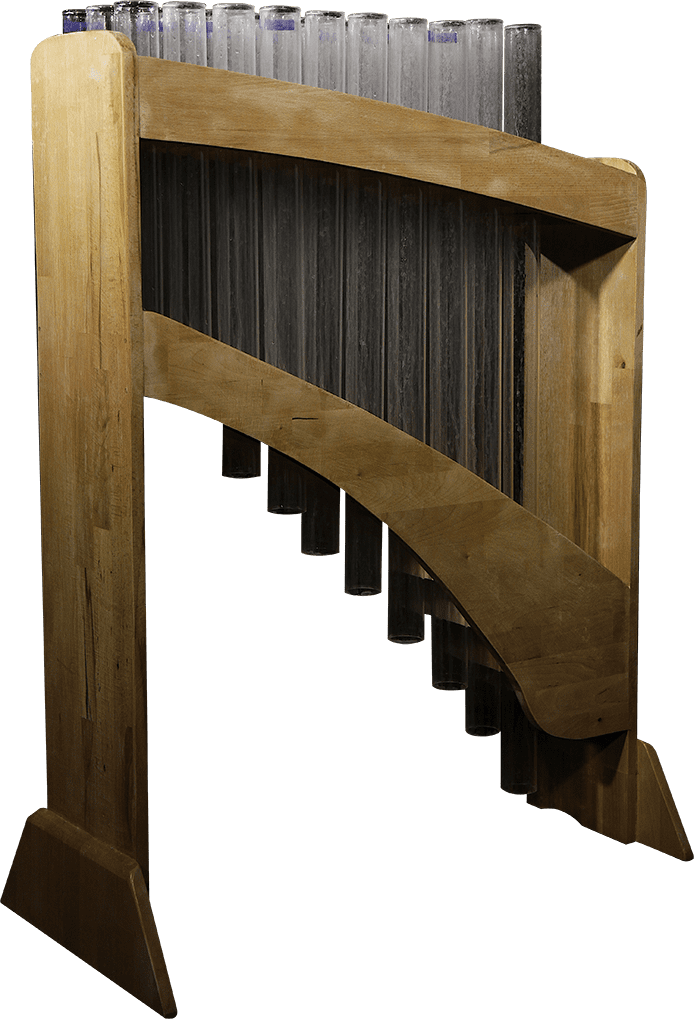 Andrés Bertomeu, son of a Spanish-Hungarian family of musicians, studied classical percussion at the Mannheim University of Music and Performing Arts with Prof. Dennis Kuhn and reached his Concert Diploma in 2003. Simultaneously, he played successfully in the pop music scene and achieved  an international top ten hit with his band The Flames and their Afri-Cola song “Everytime”. As a freelance drummer, he has already worked with opera and symphony orchestras such as the Frankfurt Opera, the Stuttgart Radio Symphony Orchestra, the National Theatre Mannheim, the Badische Staatskapelle Karlsruhe and the German State Philharmonic Orchestra of Rhineland-Palatinate.

Ever since first intensely playing glass music, he has performed as glass harpist regularly with renowned orchestras such as the Zurich Opera, the Berlin Radio Symphony Orchestra, the Essen Philharmonic, the Kassel State Orchestra, the Staatskapelle Karlsruhe or the National Theatre Orchestra Mannheim. In 2008, he attracted the attention of Luke Cresswell and Steve McNicholas, founders of the British percussion performance group STOMP, who engaged him as a glass musician and percussionist for their new worldwide touring show “The Lost and Found Orchestra”. Among others, he played at the Berliner Philharmonie, the Tonhalle Zurich, the Royal Festival Hall London and the UCLA Royce Hall Los Angeles.